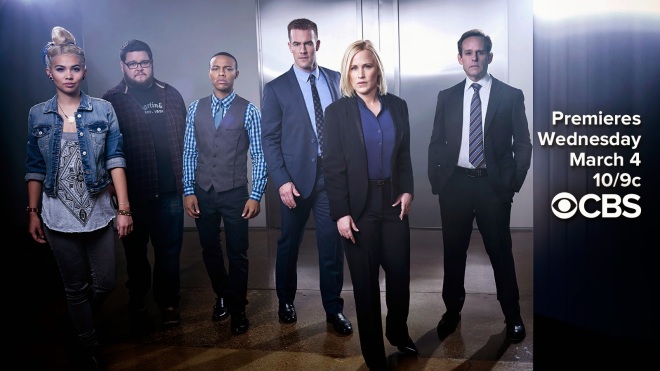 I’ve shared my thoughts on CSI: Cyber before. As I’ve said a couple times maybe the things I complain about changed over time. Perhaps I needed to watch more episodes and my opinions might change. The show is in the recording schedule on my PVR. So I’m going to give my thoughts after watching each episode. I went on to post my thoughts on Episode 6, 8 & 9. I’ll be going through episode 7 “URL, Interrupted”, now.

The episodes seem to always start off well. This episode’s topic is interesting but then it goes down the rabbit hole of issues quickly for me. This episode starts off with a teenage girl who ran away and seems to be suicidal. The girl sends her father a picture with a pretty distraught text message. The beginning of the episode features mostly Agent Avery and for me her emotion or lack of it quickly shows. In this episode it’s readily apparent because all of the other actors around her are expressing great emotion for the missing girl. In one scene when a dog starts barking the look on the father’s face in contrast to the look on Avery’s face says it all for me. We see it again when Avery is talking to Agent Mundo about picking up his kid. Mundo’s response shows feelings but for me Avery’s concern was very hollow. I know it might seem like I’m harping on Patricia Arquette, who plays Avery, in every episode. I’m really not, I like her and for me it’s the director who is supposed to lead the actors. So if they notice the lack of emotion in a scene they should find a way to get her to express the appropriate amount of emotion.

The episode was centered on “spoofing”, a term which was repeated ad naseum throughout. It also seems to be a term which they rely on heavily since it shows up in almost all the episodes I’ve watched. Next we go to the missing girl, Zoey’s bedroom. Mundo and Raven are looking through her things for clues and also devices that they can gather data from. Raven has been a very strong character for me and this is only the second episode I have seen her in. She displays a lot of technical expertise and it’s something I wished they would model Brody’s character after. It’s a great scene as we get playful interaction between Raven and Mundo, building up their characters. While they are there Zoey’s laptop comes alive and that was the only rough spot for me during the scene, Epic Fail! I mean, Raven an ex blackhat looked puzzled at the fact that the computer was being remotely controlled. Yeah it makes no sense to me either. Next we go back to the lab where Avery, Daniel and Brody are talking about phone spoofing and the photo that was sent. Then MacNicol, who plays Simon Sifter, comes in briefly and in that short time, his time in the scene is great as usual for me. Raven then maps all the social media interactions  regarding Zoey on sites. Along with a main site that was created 3 months prior called “Kill yourself zoey.com”. The scene highlights the changes in society due to technology. The way bullying has changed, how due to social media it follows victims everywhere. The fact that people feel no responsibility or connection to their words because they sit behind the perceived annonymity of a screenname.

Finally another good but brief scene of Brody displaying tech skills by retrieving Zoey’s deleted FriendAgenda messages. The episode deals mainly with Cyber Bullying and adds in some Catfishing. Both of which are relevant online topics in society right now. Now Agent Mundo to me seems to display excessive force at un-necessary times. I have noticed it in other episodes. I know he is an FBI agent but slamming a teenager into a wall during interogation. I’m not sure that would really happen, especially the fact that the teenager didn’t have a lawyer present. When they find out the teenager didn’t send the messages you would think they apologized. No it’s just forgotten??

The next scene has two of my favorite characters Raven and Sifter. We get some backstory on Raven and why she became a blackhat. The missing teenager Zoey Tan posts a video where she goes from cyber bully victim to vigilante. The team now needs to find her before she does something to the bully that started it all as she threatens. We get the first twist of the episode as Raven shows Sifter the screen handles of 12 teens. Twelve teens she categorizes as the “first responders”, meaning the first to respond on social media about Zoey Tan. Sifter looks at the list and notices his son’s screen handle in the list. We get an interaction between Sifter and his son at school. Another great scene for MacNicol. After this point however some things just don’t add up. I find it hard to believe that an FBI agent would leave his son at school without even alerting the school. Especially when the missing teenager makes a threat to her cyber bully who goes to the school. Then Avery and Mundo are following a car that they believe Zoey is driving. The driver blows through a stop sign at high speed. Yet when they pull the car over the driver isn’t Zoey. A fact that makes the really horrible driving not make sense?

We get a hint of a thing between Brody and Raven. A relationship on the show would be great because it gets users involved. Think of most successful shows, Grey’s Anatomy, NCIS, CSI Miami when it was good. All of these shows have relationships among characters. So we’ll see where that hint goes in future episodes. In the end the team figures out that the whole cyber bullying, spoofing was done by her father’s ex lover. A twist when we find out that the ex lover is the guidance counsellor at the school. A nice twist that I didn’t see coming since she wasn’t a suspect throughout the whole episode.

The episode was a mixed bag for me like the others. My opinions haven’t changed yet however. I guess onward to Episode 10 now that I have watched 6, 7, 8 and 9.